THE HIDDEN EYES IN TRUE DETECTIVE 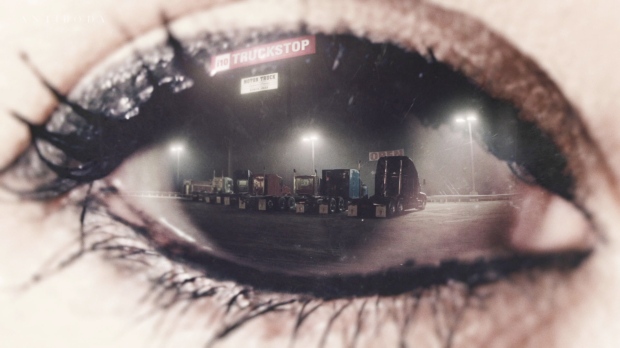 In Season One of True Detective, a character named Dewall says to Rust Cohle “I can see your soul at the edges of your eyes. It’s corrosive, like acid. You got a demon, little man, and I don’t like your face. It makes me want to do things to it.” In Season Two, Nic Pizzolatto doubles down on the connection between eyes, darkness, blindness, and the soul. The second episode of the season, titled Night Finds You, begins with Frank Semyon giving us the origin story of his own darkness – three days locked in a pitch-black basement. Semyon makes goo of the rats that attempt to feed on him – both then and now. When he does eventually emerge from that dark place, he never sees the same again. His vision has shifted. His worldview altered.

In the previous episode, we met Ben Casper, a man whose eyes have literally been taken from him. Casper, of course, now exists in the ultimate darkness – death. Few missed the connection between Casper and the Greek legend of Oedipus. Eyes played a role in many other Greek stories. The Cyclopes traded one of his eyes to see the future, only to then see the day of his death. The Graeae were three sisters who practiced the dark arts. Only one could see at a time, as they shared one eye. Argus Panoptes was a giant with 100 eyes. He could see what no one else could. His curse was that only a few of the eyes would fall asleep at a time. Most of his eyes were always awake, leaving him forever without rest and peace. Other ancient stories from Biblical texts speak of justice revolving around an eye for an eye and plucking out your own eye if it caused you to stumble.

Throughout the season, we see aerial shots of Vinci, Los Angeles, and other areas in southern California. These camera angles are often called the “God’s View” angle or the “Eye of God” view. They suggest that God is looking down on the workings of man, detached from the details of life. It’s meant to give us perspective on the problems the characters are trying to solve. In True Detective, the problems are murder, abandonment, rape, and ever other atrocity man can afflict on another. Perhaps the aerials are asking a question instead of making a statement. What does really matter in the grand scheme of things? Even the most devout believers confess to moments in their scriptures when God turned His eyes from the planet. The intersection of highways seems to indicate an order or intention from the high view of the aerials. Could that be? Or does chaos reign?

It seems everyone has reason to hide their eyes, perhaps preferring the darkness to the reality of the light. In modern tales of California noir, we’ve seen Jakes Gittes hide his eyes while looking into the death of a city official in Chinatown. Mickey Knox hid behind dark glasses before executing his justice in Natural Born Killers. Even cult leader, Jim Jones did the same before guiding people to their death in a far away land. We can rest assured characters with hidden eyes in True Detective are not an accident. 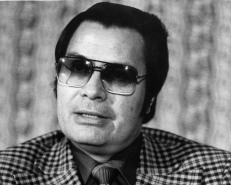 Lost or altered vision keeps one from moving forward. It can cause one to wander in circles, oblivious to their circuitous path. It’s difficult to get anywhere without a point of reference. When you become physically lost, a deeper loss of motivation and consciousness often occurs. It becomes easy to make peace with the darkness and go gentle into that good night. Every character in this season’s story teeters on that edge – looking for a reason to rage against the dying of the light. In one of the most significant scenes from modern television, Rust Cohle said while staring into the night sky, “ It’s just one story. The oldest. Light versus dark.” His partner, Martin Hart countered, “It appears to me that the dark has a lot more territory.” Cohle thought about it and told Hart he was looking at the sky wrong, “Once there was only dark. If you ask me, the light’s winning.”